A chef by training, Subarna Sijapati started a two-year apprenticeship in vegetable growing after COVID-19 forced him to close his catering company in Gettysburg. Photo: An-Li Herring / 90.5 WESA

This story comes from our partner, 90.5 WESA. It is the fourth in a series about the challenge of cultivating a new generation of farmers in Pennsylvania.

In Pennsylvania, more than 99% of people who run farms are white, according to federal estimates. Pittsburgh’s Homewood neighborhood, meanwhile, is more than 90% Black.

That discrepancy is one reason the Black Urban Gardeners and Farmers of Pittsburgh Cooperative established its farm in Homewood in 2017.

Founder and executive director Raqueeb Ajamu-Osagboro said the group acquired the land through the city of Pittsburgh’s Adopt-A-Lot program. Several residential properties once occupied the site, whose 31,000 square feet include lots on both sides of Homewood’s Monticello Street.

The old housing was torn down years ago, however, and in its place, there are now raised beds, a honeybee yard and a hoop house, which is similar to a greenhouse.

The farm holds classes on how to grow different types of food — an important topic, Ajamu-Osagboro said, in a neighborhood that hasn’t had a grocery store for more than 25 years.

“We’re serious about autonomy in our community,” she said. “We can’t wait on outside people to help us.”

The Black Urban Gardeners and Farmers of Pittsburgh Cooperative formed in 2015, and two years later, it established its farm on the site of former residential lots in Pittsburgh’s Homewood neighborhood. Photo: An-Li Herring / 90.5 WESA

Her group is working with other organizations to start a cooperative grocery store owned by community members where local growers can sell their food. Called “Freedom Foods,” the outlet will open next year at Homewood’s House of Manna Faith Community, Ajamu-Osagboro said.

But given the past dispossession of indigenous lands, unfulfilled promises following slavery and discriminatory lending practices, she said people in her community feel alienated from farming.

“For a long time and even sometimes today, our people … because of slavery, they [say,] ‘We don’t want to do that, or we don’t want to be getting our hands dirty,’” she said. “So groups like ours, we teach [that] it’s not a stigma to be ashamed of.”

Point of pride and thriving

Denele Hughson, executive director of Grow Pittsburgh, said that growing food can instead allow Black people to reclaim a celebrated part of their heritage.

“We have to teach [that] Africans were enslaved because of their experience and their knowledge with growing and with agriculture — that’s the reason they were brought here,” she said.

Such instruction could help to steer more people into agriculture at a time when the sector faces an impending labor shortage. Pennsylvania officials predict that, in the next five years, there will be openings for more than one-fifth of ag jobs in the state.

But despite the need for agricultural workers, Pittsburgh urban farmer Rafael Vencio noted it was never a profession he considered pursuing when growing up between the Philippines and the U.S. A chef until COVID-19 hit, he recently completed his first season as owner of AmBoy Urban Farm, which is based at Hilltop Urban Farm’s incubator in St. Clair.

“I think a big reason why there’s a lack in diversity in farming, particularly in race, is because I think we’ve created the stereotype for ethnic backgrounds where I think it’s the expectation of what you should be,” he said. “Filipinos, for example, are almost always expected to be nurses.”

“Just seeing other vendors around me, I felt like I stood out like a sore thumb. I was the only Asian person there,” he remembered with a laugh. 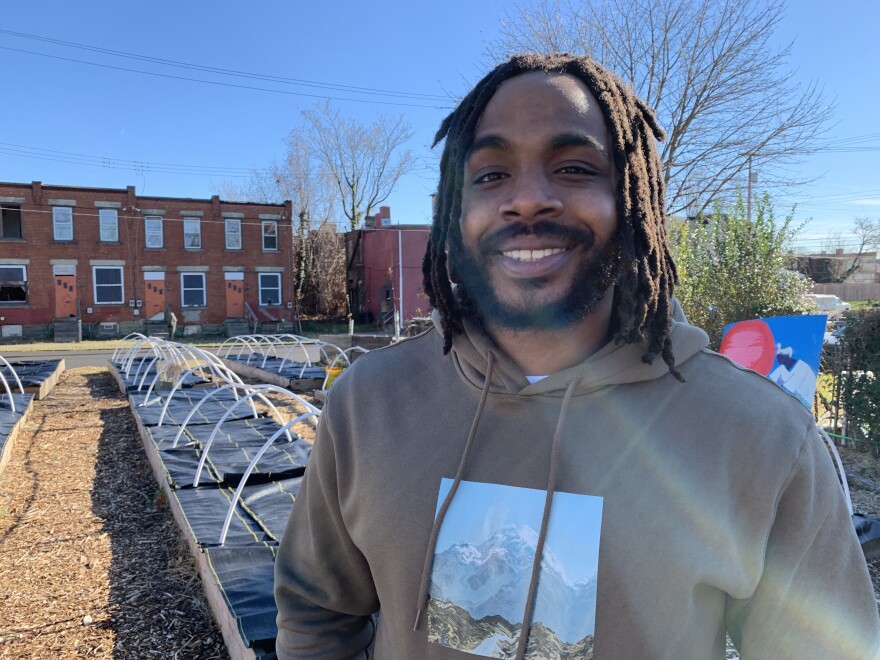 But Tacumba Turner, program manager of Oasis Farm & Fishery in Homewood, said that people from marginalized communities would gain concrete benefits from greater representation in the industry. He offers agricultural training to high school students as part of a summer program run by the local workforce development agency Partner4Work.

“What’s at stake is the potential of multiple generations of people who may not get to flourish because they’re malnourished or don’t have access to food,” Turner said. There’s a “cognitive impact to your diet, your mood, your life outcome and expectancy.”

“But ultimately, you’re still competing. So it’s not just like, ‘Oh, we’re going to form this thing we all own’ and then that’s it.’ No, we still have to scale this. We still have to operate much like a business,” he said.

For that reason, he teaches students at Oasis Farm & Fishery not only the technical aspects of growing food but also the leadership and thinking skills they need to start and run their own ventures.

Meeting future farmers where they’re at?

That approach has gotten traction elsewhere. Since 2019, the state has certified apprenticeships in farm management. Participants receive training in farming techniques while also completing business classes.

Subarna Sijapati began his apprenticeship in vegetable growing shortly after COVID-19 arrived. A native of Nepal, he had to close his catering business due to the pandemic.

After receiving approval to become an apprentice, he matched with New Morning Farm, located along the Tuscarora mountain ridge in south-central Pennsylvania.

“Now I’m managing these greens, and then I’m managing all the herbs,” he said, surveying rows of leafy produce that ran the length of a high tunnel.

Upon completing his two-year apprenticeship, Sijapati wants to open his own event space, where he’ll prepare food and grow his own herbs.

At New Morning Farm, he receives a modest monthly stipend, along with free room and board. The farm is an hour-and-a-half from his family in Gettysburg.

“So Saturday night I go home, and then I spend the night Sunday night [and] drive here early, early – 4 in the morning – to come back to work,” he said.

That sort of commute can be too much to ask of people who might otherwise consider a career in agriculture, noted Dan Dalton, who helps run the apprenticeship program as Three Rivers hub manager at the nonprofit Pasa Sustainable Agriculture.

“I think if we had more urban farms across the state, we could place a lot more folks because they seem to want to be closer to the cities than further out,” he said.

But of the roughly 70 people who have been deemed eligible for Pasa’s apprenticeship program, he said, only about 25 have matched with farms and gotten training.

So building an agricultural workforce, especially a diverse one, might be more a matter of bringing farms to more people than bringing more people to existing farms.